MAPIER for the cathedral of Pristina 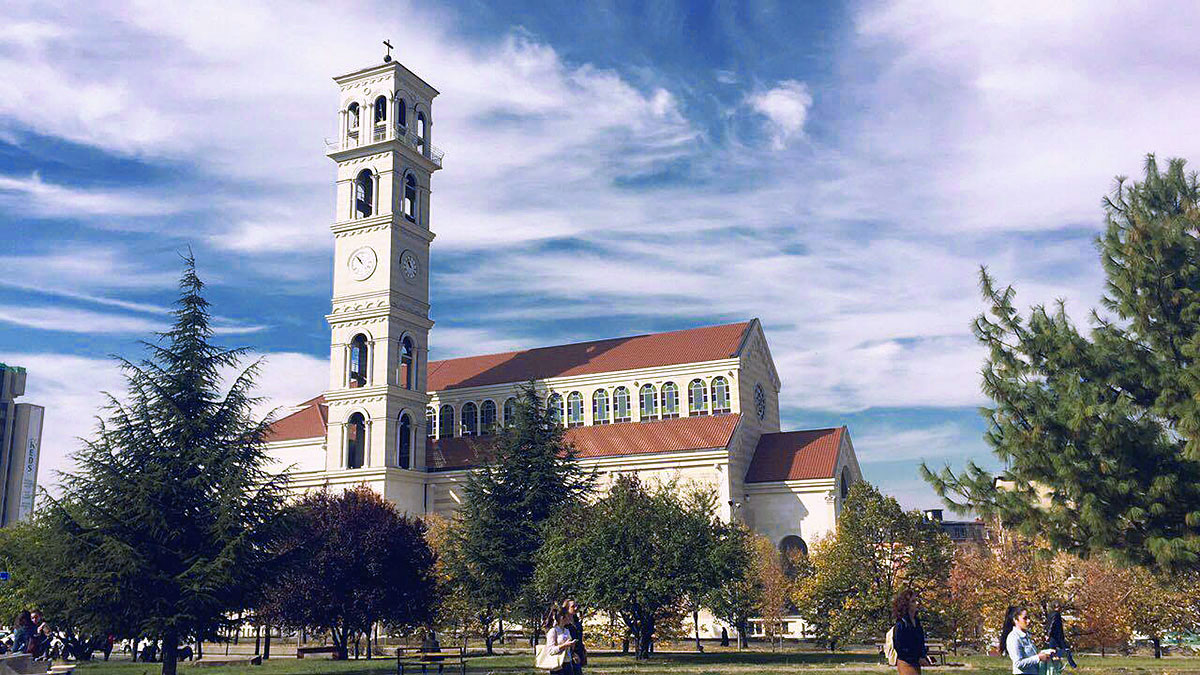 Consecrated at the beginning of September, the cathedral of Saint Mother Theresa in Pristina is the biggest catholic church in Kosovo.

Mapier Marmi Italiani provided all the marble and stones for the building’s cladding and external architectural elements, including the porch.

The cathedral’s designing was assigned to architect Livio Sterlicchio.

“The project – Sterlicchio says – was born during a meeting with the ex-President of the new-born Kosovo, Ibrahim Rugova, and the Chancellor bishop, father Shan Zefi, in 2002. On that occasion, I was asked to propose some ideas for the new cathedral to be erected in Pristina, inside the plot of land provided by the president of the diocese. Even though he is Muslim, he wanted to be grateful to the Catholic Church, especially to the bishop Vincenzo Paglia, who succeeded in letting him flee the country and aid him in Terni, during the war of independence. It had to be a very large cathedral, in order to contain at least 1000 followers. The architecture had to present the style of the years prior to 1389, when with the victory at the battle of Kosovo Polje, the Ottoman army swept the Balkans, ending the Christian worship. It had to restart from there, now that Kosovo, after years of domination, a bloody war and many sacrifices, could declare itself independent. This is the reason why the Neo-Romanesque style was chosen. Four sketches were proposed and, from the one selected, the final project originated. The first stone was laid in 2003, but the final project was approved only in 2007. The construction work started in 2009 and went on for eight years. Currently, the cathedral is open to followers, though many details need to be completed, such as the interior ceiling and the second bell tower.”

Mapier’s contribution has been really important, supplying the materials and installation have represented an impressive and demanding task. The facades are covered with two-coloured band roman travertine of two different shades of grey laid in a straight course pattern. The materials come from Antica Cava del Barco, the same quarry from which the travertine of San Peter’s cathedral and the opposite elliptic colonnade had been extracted. The porch and all of its architectural details are made of Perlato Royal, a natural resilient and versatile stone extracted from the quarry of Coreno Ausonio in the Frosinone area. 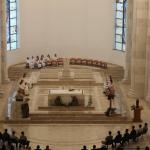 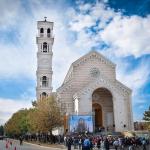 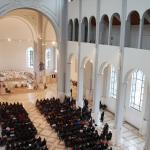 We operate worldwide providing luxury solutions for indoor and outdoor from conception to installation. MAPIER creations are unique and represent the perfect combination of beauty and functionality.

Experience the thrill of Authentic Italian Style, contact us now and tell us about your project, our team of experienced designers will work with you to achieve it. We are specialists in "made to order

MAPIER for the cathedral of Pristina
What are the most suitable materials to finish the stairs of your home?
How to design the stairs of our house? Read our tips!

Choose material for your project

In Mapier we have an obsessive attention to detail and use only the finest materials. Choose the material for your project.